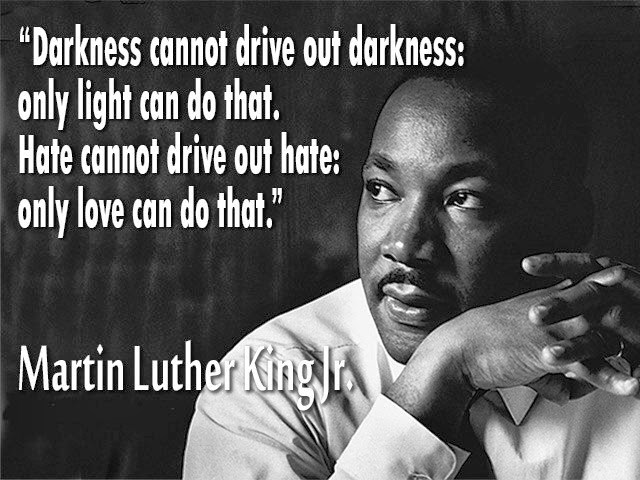 Today is April 4, 2018 and I sit here alone in my study, melancholy yet grateful for the life of the Rev. Dr. Martin Luther King Jr., a man of peace who died a violent death.  I had invitations to attend several events in both Memphis and Atlanta, but I chose to stay home to reflect on my personal feelings and not give sway to what the crowds would have infused into my aching spirit.  Would the events of the week be simply a moment in time, a moment of celebration, of immense pride and adulation as speaker after speaker would try to raise the emotional memory cache and bring audiences to laughter and tears? Or, would this day release a cosmic energy, fueled by the powerful stories of personal courage against a Goliath of personal and systemic hate and a movement would be born? Would this be a moment or movement? Then I remembered, that many movements started with a moment, a moment of clarity and courage that dared to confront Goliath and bring him to his knees.  And so, I wondered not about moment or movement, but would time spent at rallies, marches, gatherings, celebrations, observations be meaningful or meaningless.  Would the sparks of outrage become embers that would burn into the night sky of injustice of simply be a meaningless flash paper protest as powerful as a toothless paper tiger? Will the speeches inspire apathic and anemic observers to fight for justice or simply entertain the faithful and give them a moment in the sun? Causing them to bask and reflect upon what they had tried to do as their youthful expressions have turned to a wistful elderly gaze into a future past that never existed?

I have seen the many posts of today’s youthful leaders, full of desire and commitment to change this society and remove injustice. And I felt hope, but as the day progressed, I saw their bright and shiny faces become covered in the shadows of other bright faces; Medgar, Viola, Fred, Huey, Angela, Michael, Andrew, James, Fannie, and even Martin himself. Martin who declared what he desired for his four children while they were still children, “that they would be judged by the content of their character and not the color of their skin,” that has not occurred even for his children’s children. I see hope, but I also see the long corridor of displaced hope and the door of resilient apathy opening wide to share its wares of why even bother, with the crowd.

Or am I simply to judgmental and cynical?  Is my dread a misguided illusion or a conclusion of living 50 years in the dream, in the demand, and wondering why black people are still being lynched and their killers, even with social media and video recordings, are still going free?  Why is poverty still a thing in America? Why is racism so entrenched? Why is White Supremacy still echoing segregation forever, as new cities are being created out of the hearts of existing cities that have suddenly elected a black mayor?  Am I being too judgmental of the seeping vortex of repeated history and not celebratory enough of new partnerships of diversity that link arms and march on the plazas of public display before they go back 50 years in time, to their homogenous communities and congregations?

But, ha, ha, I am in truth a prisoner of hope and I see in Dr. King what I see in the fictional character T’ Challah. I see a man who stands holding a resisting past and trying to pull it into a doubtful future while under attack by friend and foe alike.  Today we celebrate the life of Dr. King, but over the years there were many who, in the name of transparency and unnamed personal gain, attacked the legend and legacy of Dr. King. They tried to stain the memory with stories of personal behavior that sullied the standard of a saint. But, the harsh conditions of a present reality of dead black bodies lining our streets reminded us of the motives of the man and not his mistakes. And so, we revisit him and his works and trust that the titles of his books and sermons will help us follow a North Star to true equality for all in our society.

But, Dr. King also reminds me of an historical figure, and that is Jesus Christ, in that both Jesus and Dr. King were considered enemies of the state. They were enemies because they challenged the status quo of a derelict and deceitful pedagogy that brings comfort to the powerful and an “illusion of inclusion” to the masses that follow it. Both talked about building a “beloved community”, a Realm of God, a Wakanda, where the needs of the many are met - “there was not a needy person among them.” This was the vision, this was both the “Demand” and the “Dream” that Dr. King delivered on August 28, 1963. This was the Promised Land that he talked about on April 3, 1968, the day before he was murdered.  Sure, there was a lone gunman standing across from the Lorraine motel on that hateful day 50 years ago, but he was just the tip of the iceberg of a society that wanted King dead. A society that declared him the “most dangerous Negro” alive.  Dr. King, because of the FBI’s ire against him, was an enemy of the state.  Not the United States of America but of a state of mind that is a safe harbor for racism, inequality, and the continued practice of injustice to its citizens that it deems unworthy.  Nearly 2,000 years before Dr. King, Jr. was born, Jesus Christ our Redeemer was also considered the most dangerous person of color alive. He too was an enemy of the state, of status quo-initiated injustice and targeted inequality for those deemed unworthy.  And in most cases unworthy meant anyone who dared speak out against the status quo and those in power.

Dr. James Cone in his book The Cross and the Lynching Tree makes a connection between Jesus being hung from a tree and the thousands of black people that were lynched from the 17th to the early part of the 20th century.  The case can be made that Dr. King’s public execution was made possible by sanctioned hate speech and negative public discourse masquerading as “free speech” that helped set a context where Dr. King could expect his imminent death.  I imagine that Robert and Jean Graetz who had their home bombed twice also lived under this pall of dread.  Dr. King and Jesus both sought a “beloved community” that operated on a principle or value of love.  “A new commandment I give unto you. That ye love one another; as I have loved you, that ye also love one another. (KJV.)”

It is what Jesus consistently spoke about, it is what Dr. King relentlessly spoke about and it is what led to both of their deaths.  Love not in the sappy sense that Paul Tillich would dismiss as sentimentality, but love that is shaped by power and directed towards injustice, making injustice the non-being or a relic of the past.

But, here we are 50 years later, and injustice remains, mass incarceration is a continuation of American enslavement of free Africans and their progeny, women are still subject to sexual violence and paid less than men for equal work, heterosexism still violates the freedom of being, and segregation, bigotry, and poverty appear to be forever.  But, we as people of faith are called to engage our society not from a parochial point of view of self-centeredness but from a sense of “koinonia” fellowship with God and other Christians.  Will we as people of faith fully engage our world and work to end injustice or will we say we went to the rally, we heard the speeches, we gave money, we did our part, what more can one expect from me? Jesus calls us to be this light to be the light of the world. To shine brightly against the midnight sky of injustice. What does our faith call us to do?

Martin Luther is quoted as saying regarding faith:
“Faith is a living, bold trust in God’s grace, so certain of God’s favor that it would risk death a thousand times trusting in it. Such confidence and knowledge of God’s grace makes you happy, joyful and bold in your relationship to God and all creatures.  The Holy Spirit makes it happen through faith. Because of it, you freely, willingly, and joyfully do good to everyone, serve everyone, suffer all kind of things, love and praise the God who has shown you such grace. Thus, it is just as impossible to separate faith and works as it is to separate heat and light from fire.” *

I believe that our faith in Christ calls us, compels us to seek justice; to do otherwise is like trying to separate heat and light from fire. Seeking justice is the right thing to do.

In Dr. King’s words: “The time is always right, to do what’s right.” I pray that for the next 50 or however long years I have remaining I will do better than I did this past 50. I pray that you will do likewise.

The Rev. Ronald Bonner is the pastor of Lutheran Church of the Atonement, Atlanta, GA; Assistant to the Bishop of the ELCA Southeastern Synod; and serves as a Director of Evangelical Mission for the ELCA.


*An excerpt from “An introduction to St. Paul’s Letter to the Romans,” Luther’s German Bible of 1522 by Martin Luther, 1483-1546.
Translated by Rev. Robert Smith c/o Ligonier Ministries.