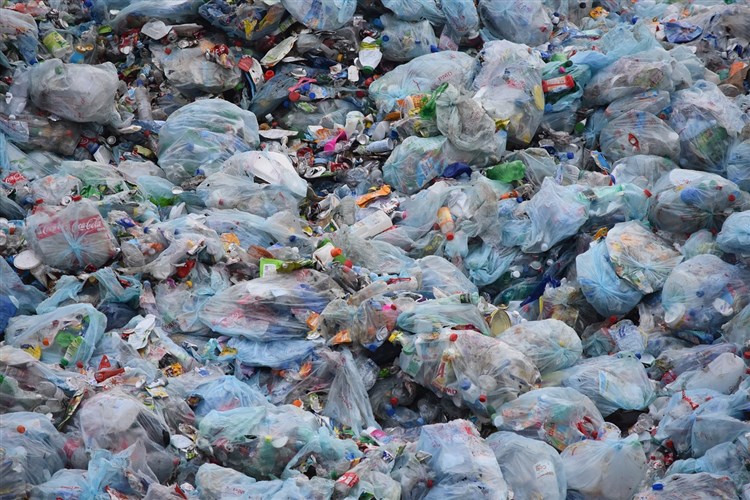 We frequently read about how Americans consume too much and recycle too little.  This message becomes even more apparent when one views the overflowing garbage cans each week in a typical American neighborhood.  Did you know that 12 percent of the world’s population lives in North America and Western Europe and accounts for 60 percent of private consumption spending? Slightly more than 33 percent of the world’s population lives in South Asia and sub-Saharan Africa yet accounts for only 3.2 percent of consumption spending.

Each year for the past 48 years, Earth Day, a nationwide event to honor the earth, has been celebrated on April 22, the first day of the northern hemisphere Spring. This year is no exception with the theme of Earth Day being End Plastic Pollution. The concept of pollution from plastic and other items has been promoted for years in recycling programs, is easy to understand and does not take much money or thought to incorporate into our daily habits. From poisoning and injuring marine life to disrupting human hormones, from littering our beaches and landscapes to clogging our waste streams and landfills, the exponential growth of plastics is now threatening the survival of our planet.

We have only to read Psalm 24, Verse 1 to be reminded “The earth is the Lord’s and all that is in it, the world and those who dwell therein.”  What are we each doing in our small space in this world to care for God’s earth?  Have you made recycling a part of your weekly activities? Do you and your church recycles paper, plastic, glass, aluminum, batteries, and cardboard?  Copier ink cartridges can even be returned to the company after they have outlived their usefulness.

As caretakers of God’s world we are reminded that we must do a better job of reducing our consumption, reusing the resources that we can and recycling what we cannot reuse.  The following 2013 Eleven Facts About Recycling from http://www.dosomething.org tell us that humans (especially Americans) on God’s earth have a long way to go before meeting our obligations to God in caring for His world. If you have not found a recycling center close to you, look for one and give God a hand by doing your share to care for His world!  Develop a habit of making Earth Day every day helping to End Plastic    Pollution as well as pollution from other recyclable products.
References:  Do Something, 2013, http://www.dosomthing.org.
earthday.org
Earth Day, Wikipedia, the Free Encyclopedia,  wikipedia.org.
Great Pacific Garbage Patch, http://en.wikipedia.org/wiki/great_pacific_garbage_patch.
The New English Bible, Oxford University Press, New York, 1976.
Worldwatch Institute, Vision for a Sustainable World, http://www.worldwatch.org.