Are You a Distracted Driver? 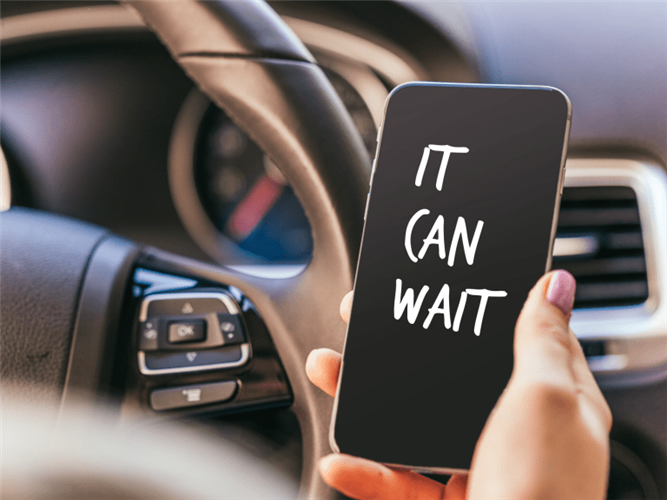 Deciding what health related topic to include in each month’s newsletter can sometimes be a challenge. After I wrote an article on recycling last month I realized that National Distracted Driving Awareness Month was on the list for April National Health Observances. With the increasing number of deaths from motor vehicle crashes I decided that we should not skip over the topic of distracted driving until next April. The National Safety Council (NSC) is very concerned about the increasing number of deaths from motor vehicle crashes and their April 2017 news articles titled, One Call Can Change Everything, Road to Zero and Fatality Estimates, reflects that concern.

Preliminary data from the NSC shows more than 40,000 individuals died in motor vehicle crashes in 2017. A six-percent increase over 2015 and a 14 percent increase over 2014 makes this number the most dramatic three year escalation of deaths from vehicle crashes in 54 years.  In addition to highway deaths an estimated 4.6 million roadway users were injured seriously enough to require medical attention. The fatal crash rate for teens is 3 times greater than for drivers age 20 years and older. Translated into time, every eight seconds someone is injured in a vehicle crash. With 2017 possibly the deadliest year on the roads since 2007, the estimated cost to society was more than $432 billion dollars.

People are as impaired when they drive and talk on a cell phone as they are when they drive intoxicated at the legal blood alcohol limit of 0.08%.  Cell phone users are 5.36 times more likely to get into an accident than undistracted drivers.  Driving and cell phone use, including hands-free, both require a great amount of thought and concentration. When driving and talking on the phone the brain switches back and forth between the two causing a slowed reaction time especially when braking and at stop lights.  Drivers talking on cell phones can miss seeing up to 50 percent of their driving environments including pedestrians and red lights. A recent AAA study shows that individuals are distracted up to 27 seconds after they finish sending a voice text. The NSC states that at least 10 percent of all United States drivers are using cell phones at any given time, providing one explanation for the increase in prevalence of traffic accidents and motor vehicle crashes.

What can you do to help yourself and others be safe while driving?

2.      Advocate for strong laws banning all cell phone use, including hands-free, for all drivers not just teens.

3.      Read the National Safety Council position on other issues that affect driving safety in the United States and take a stand on improving those in your community when the opportunity arises.

4.      Print out free educational materials from the NSC to share with your local high school, work place and other community facilities.

5.   Be a courteous and responsible driver and set an example for your children and others in your community. In other words, “Be Nice!” when driving.