The Good, the Bad, and the Ugly: Congregational Hospitality – Part 1 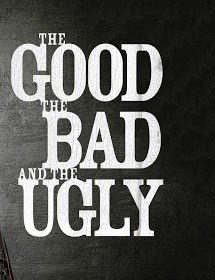 This article is the first in a series based on observations while worshipping during my 2018 sabbatical (October, November, and December).  Because I’m immersed daily in the workings of ELCA congregations, leadership, and worship, I decided the only way to really experience Sabbath was to attend a non-ELCA congregation.  I fully intended to remain at one congregation, but as the first few weeks went by, I was left feeling unsettled.  I tried another church, then another until by the end I had visited four denominations and eight congregations.

I suppose the first comment that could be made was that it just proved I’m Lutheran through and through; I should have resigned myself to incompleteness until united once again with my beloved “Nu-Cranberry” ELW!  However, it was more than that; I would venture to say had I gone only to ELCA congregations during that time, I would have made many of the same observations.  Worship practices and styles vary widely even within denominations, and you’ll see that what I found welcoming or not sometimes had little to do with denominational practices.

As noted by the title of this piece, I divided my observations into three categories: The Good, the Bad, and the Ugly – meaning the positives about my visits, the negatives, and the poor aesthetics that contributed to my overall experiences. I won’t name congregations here, only to say that I visited two Presbyterian, one UCC, three Episcopal, and two Methodist.  I hope that some of the topics mentioned here may be conversations starters in your own congregations as to what you do well and what could be improved.

NOTE: Interestingly, when tallied up at the end, I had twice as many “Bad” (distractive or negative to a visitor) as “Good” (appealing/positive) observations.

1        Our signage can say a lot about us.  The reason I visited one congregation was initially based on their corner sign which said, “Young, old, rich, poor, gay, straight: All are welcome.”  What does your sign transmit that might draw a stranger to visit?  And remember, not all people who drive by understand scriptural references (sometimes not even our own members) or what a seasonal phrase means.
Under “The Ugly” category - at times the signs were there but overgrown bushes obscured them or the paint was old and faded so hard to read from my car.
Sometimes I hadn’t a clue where the sanctuary was because no signs indicated it.  Then I either circled around the building or waited in my car to see where others were headed.  Another time I didn’t see the sign plate above the double doors but fortunately, they had three layers of ushers/greeters: one outside the entrance and easy to spot, one in the large narthex, and one at the doors to the sanctuary itself.
The Sunday after Christmas (Dec. 30) I noticed a sign still advertised Christmas Eve.  What’s message does that send?  Not only does it look like the congregation’s not motivated to change it, but they missed the opportunity to promote their Lessons and Carols service that day.

2        “Ugly” landscape - Scraggly bushes detracted from a nice building.  Lawns with a lot of leaves gave a cluttered, neglected feel.
When I approached one church building, I saw a Sunday school room with its blinds up about a foot at a haphazard angle. It not only looked sloppy but storage boxes and stacks of supplies were visible.

3        We may think parking has little to do with how we worship but it can be a deal breaker.  Once I circled the block twice before finding the entrance; another time I had to back up because I found it to be a one-way route, but not clearly marked.  One website said parking was across from the church, which it was, but the lot was a public lot during the week and signs were too small to see right away that it was okay (and free) to park.
Each place I visited offered handicap parking, some with visible signs, others not. One handicap parking was on the opposite side of the building from the  “regular” parking.  I parked there Christmas Eve, having scoped it out in daylight first (do all visitors do that or do they trust we’ll make it easy for them to navigate?).  Once parked, I saw no one else.  I thought I was early, and by the time I sensed something wrong and went in search of life, I almost missed the beginning of worship.

4        Ushers/greeters – One Sunday I arrived 10 minutes prior to worship – I was always vacillating between going early and getting settled/getting a good parking spot or arriving just in time to miss everyone making a big deal about a visitor (believe me, that rarely happened).   That day with 10 minutes to go, there was no one to greet me.  The bulletins were on a table in the narthex, but a big floral arrangement hid them from view.
On Christmas Eve, I went to the front door of the sanctuary but it wouldn’t open.  I started around, heard rattling, went back to try again, nothing.  After a second time of pulling and rattling, a person came to a side door as I was headed back to the car – it doesn’t take much for a person in a strange land to give up); the person said the door was stuck, yet they had no one outside to redirect people.  I found later that most regulars entered the sanctuary from a secret passageway on the other side.

5        I know name tags can be a pain, but I gained a new appreciation for them during my journey. Where there were none, I found I was drilling myself through the week, to remember who I’d met so I could recognize and acknowledge them on my return.

6        Other welcomers – one day no greeters were visible but a friendly woman approached, made a name tag for me, and asked to sit with me.  She told me about the congregation while we waited to start.  I felt very welcome, though during offering she whispered how glad she was I’d come, left, and I never saw her again.
One senior pastor made a sweep down the main aisle to greet newcomers prior to worship.  NOTE: I say from experience that this is not always easy for worship leaders because they are preparing for and focusing on worship.  Pastors are also often “stuck” in the receiving line after worship, so the question is: What responsibility do members (whether signed up for that week’s ushers or not) have in welcoming guests?

7.        I was happy to see a bulletin recycling box, but didn’t see it till Week Three because it was on the narthex floor with nothing to identify it; I just happened to see a member toss his bulletin in.