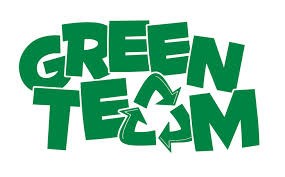 The year 2018 began with the “Bomb Cyclone,” bringing unusual frigid temperatures and icy coastal flooding along the Eastern Coastal area.  And, just recently, we read where the Arctic Circle is experiencing temperatures above freezing during the winter season while Europe records record freezing temperatures.

Were these a unique set of circumstances?  Many people firmly believe, with scientific support, that this climate disruption has been caused principally by human consumption of fossil fuels causing a dramatic increase in carbon emissions.

If you are like many people, you are experiencing a feeling of helplessness.  Monstrous disasters are beyond our individual ability to change.  If we do believe in the human cause of climate disruption, we believe there is little we can do about it personally.

But as children of God, followers of Christ, we embrace the responsibility of stewardship; not only time, talent, and treasures, but also stewards of God’s creation.  We are nourished and fed spiritually and physically by the gift of creation and all that it means.

We can act.  There are the simple things we can do, like composting, recycling, repurposing, energy audits, community gardens, home gardens, educational programs for both adults and children, bible studies and intentional understanding of the cause and effects of climate disruption.  We can act at home or within the congregation.

Then there are the more direct actions.  Advocacy is necessary in a democracy.  When individual citizens communicate with our national, state, and local governmental representatives, they take notice.  Communications can take the form of phone calls, letter and email writing, or face-to-face conversation.

Remember, it is God’s work, but our hands.