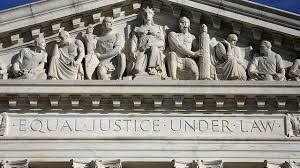 Sometimes, it seems there’s no end to them. They are the recent videos and reports of Black and brown people beaten or killed by law enforcement officers, and they have fueled a national outcry over the disproportionate use of excessive, and often lethal, force against people of color, and galvanized demands for police reform. The disproportionate acts of excessive force have fueled tangible tensions between justice as law enforcement and justice in terms of equality among peoples.

Research studies, opinion polls and personal stories attest to the reality of policing inequality in America and moan in anguish for solutions. According to historians and other scholars, the problem is embedded in the story of the nation and its culture.

Rooted in slavery, racial disparities in policing and police violence, they say, are sustained by systemic exclusion and discrimination, and fueled by implicit and explicit bias. Any solution clearly will require many new approaches to law enforcement, courts, and community involvement; and comprehensive social change driven from the bottom up and the top down.

Like many scholars, Khalil Gibran Muhammad, professor of history, race, and public policy at the Harvard Kennedy School, traces the history of policing in America to “slave patrols” in the antebellum South, in which white citizens were expected to help supervise the movements of enslaved Black people. This legacy, he believes, can still be seen in policing today. “The surveillance, the deputization essentially of all white men to be police officers or, in this case, slave patrollers, and then to dispense corporal punishment on the scene are all baked in from the very beginning,” he told NPR last year. [1]

Slave patrols and the slave codes they enforced, formally ended after the Civil War and the passage of the 13th amendment.  On the surface slavery was abolished except as punishment for crimes. But Muhammad notes that former Confederate states quickly used that exception to justify new restrictions. Known as the Black codes, the various rules limited the kinds of jobs African Americans could hold, their rights to buy and own property, and even their movements.

The consensus of the former Confederate States was that all was needed was make to former slaves and their descendants criminals and they could be put back in slavery. Well, that is what the ‘black codes' accomplished.  The Black codes, for all intents and purposes, criminalized every form of African American freedom and mobility, political power, economic power, except the one thing it didn’t criminalize was the right to work for a white man on a white man’s terms.”

There are many proposals for solutions being generated. Reform is needed in many areas and places. A cookie cutter approach is unrealistic. Given this historical background, I find that there must be a shifting of ethos in policing. I can personally attest to being treated as if I was already guilty of something during a traffic stop. This shifting of culture in policing must begin with a human-to-human approach. If I were stopping you, how would you want to be treated?

Yes, part of the solution must be a discussion about how government is funded; but defunding police departments does not seem to be feasible. And it is not just a matter of getting rid of a “few bad apples.”  Police contracts, need to be reexamined.  Officers should have rights to union representation to secure fair wages, health care, and safe working conditions. But the power unions hold to structure police contracts in ways that protect officers from being disciplined for “illegal and unethical behavior” needs to be challenged, she said.

It is incredibly important for individuals to be held accountable and for those institutions in which they are embedded to hold them to account. But we routinely find that union contracts buffer individual officers from having to be accountable. We see this at the level of the Supreme Court as well, whose rulings around qualified immunity have protected law enforcement from civil suits. That needs to change.”

“If this nation is devoted to freedom, to combating racial discrimination, and to making government accountable to the people, Legislators today, must take a stand for equal justice under law. Shielding police misconduct offends our fundamental values and cannot be tolerated

[1]. “Unequal”, Harvard Faculty, February 23, 2021 - “Unequal” is a multipart series highlighting the work of Harvard faculty, staff, students, alumni, and researchers on issues of race and inequality across the U.S. The first part explores the experience of people of color with the criminal justice legal system in America. 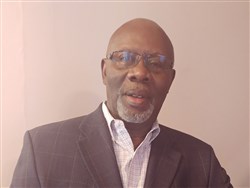