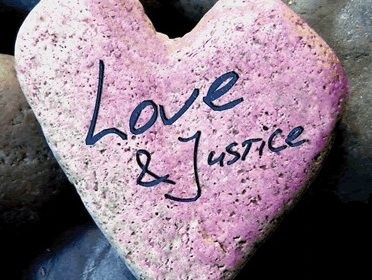 The presence of undocumented immigrants living in our backyard is causing great stress and confusion in our community. Distrust and fear have ruled our movements collectively and individually. The recent events have heightened the visibility of the issue, and call for us to address what we will say and do in response to current troubles.  Some have responded with glee, some have responded with grief, some feel a mixture of both.  Some of us feel we have an understanding of “both sides of the issue.”  My suspicion is that this issue has many more than just two sides.

As Christians our first question needs to be: “What does the gospel mandate?” A mandate is an official commission to do something.  I have heard people recommend that one avoid a situation or not get involved; but, I cannot think of a time where the Gospel recommended anything other than taking a stand in imitation of Christ.  To stand for something is not to engage in violent confrontation or proud judgement of the other.  It is to be willing to speak your truth and to listen to the truth of others as equals.  The only one who has the whole truth is God, and none of us can hold a candle to God, or perfectly understand God. So we muddle along, remembering that our mandate is to love, to show compassion, to feed the hungry, to house the homeless and to love and nurture the children in our community.

This mandate is ours whether or not we naturally sympathize with persons who are suffering.

This mandate is ours even when we believe the people involved have gotten themselves into the difficult position in which they find themselves.  One can be compassionate and stand for adherence to the law and believe in the justice of accepting the consequences of ones actions.  The two stances are by no means mutually exclusive.

If we are to seek real justice in the present circumstances, we might benefit from looking at the bigger picture.  Laws and justice are not always corollary.  Some laws are not just.  The laws requiring segregation of blacks to inferior toileting facilities and hospitals, and forcing them to sit in the back of the bus were not just laws.  But they were common law at one time.  It took challenge to those laws to bring evolution to our legal codes in the direction of inclusivity.  It will one day take an evolution of minds for the country to create a law that women have a right to equal wages for equal work.

I believe the people who entered this country without permission and have stayed here or returned here after being deported have broken the law.  That is the empirical truth.  Many people come to the United States legally every year and go through the discomfort and expense over time that it takes to become U.S. citizens legally.  These people should be applauded.  The larger economic picture is that the cost of citizenship amounts to thousands of dollars.   This guarantees that everyone who comes in legally are either hard workers who are well off and responsible or criminals who have taken money illegally from the population from which they come.  It also guarantees that people who are of low or even moderate income can find the cost of legality prohibitive.  Only people with money can become U.S. citizens.  This may be how we like it, but in terms of world justice it is not just application of the law.

People who break the law should expect to accept the consequences, but maybe the conversation needs to become different. Maybe the conversation needs to be about if everyone can have a chance to have a roof and flush toilets and food to eat. Some people will say all people do not deserve the basics of life, but how about the chance to earn said basics?  Contrary to popular opinion undocumented people do not have access to welfare or food stamps. Those who work, which are most, pay taxes on their income and their businesses.  Again, they are living here against the law.  They should not be doing that but at the same time our political system has given mixed messages about documentation over the years and that is not justice either.

There is plenty of blame to go around.  There is plenty of posturing and misplaced pride and superiority.  What does the Lord require of us but to do justice, to love kindness and to walk humbly with our God.  All of us. And to love one another as Christ has loved us, willing to cooperate and forgive one another to the point that hate has its natural death and this diverse community can celebrate resurrection together as one.  But this will only happen if we find the ability to learn from one another, to trust one another, and to agree that together we can be more and serve Christ better than we ever will divided as we are now.  All law should be subject to review and adjustment for humanitarian reasons.  But law should be obeyed.

Our gospel mandate is that we show love and compassion for all our neighbors, even those in whom we find the least to love. Feed the poor, heal the sick, clothe the naked.  We are a very generous community.  This is second nature to us all.  We don’t all have to agree on the exact same things to live in caring relationship with one another. What a great gift that would be to our children.  Peace is the gift that is offered to us by God in Christ Jesus and forgiveness, for all of us have sinned and fallen short of the glory of God.  Let us live and breathe peace and love with one another, and build Morristown into one beautiful and very real community in Christ.