Why Won't You Give Me Antibiotics? 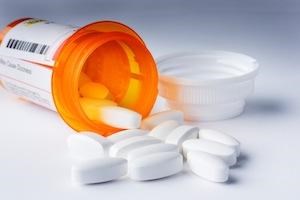 Many times I’ve heard friends tell me that they had a bad cold (or related disease) and they were frustrated because their doctor refused to prescribe antibiotics. Some even told me that they went to another provider or clinic to get a prescription for antibiotics. It surely must be better to cover the cold with antibiotics, after all, the antibiotics are not going to hurt me. On the contrary, there is a very good reason why health care providers are now prescribing antibiotics very sparingly!

The first effective antibiotic, penicillin, was developed in the early 1940s and became a mainstay in curing and controlling infection caused by bacteria. Today we rely on a large variety of antibiotics to treat serious bacterial infections, such as pneumonia, and life-threatening conditions including sepsis, the body’s extreme response to an infection. Effective antibiotics are also needed for people who are at high risk for developing infections. Examples of individuals at high risk for infections include patients undergoing surgery, patients with end-stage renal disease or patients receiving chemotherapy.

Bacteria are tiny living organisms that exist everywhere as single cells. Most of these organisms do not cause any harm and in some cases may even be beneficial. One example of beneficial or “friendly” bacteria is Lactobacillus that lives in our intestine and helps us in the digestion of food. Bacteria that are harmful and even deadly can cause illness by invading the human body, multiplying and interfering with normal bodily function.

All organisms that cause illnesses are however not bacterial. Many common everyday medical problems are caused by viruses though they may have similar symptoms to those caused by bacteria. Viruses are not living organisms and cannot exist on their own. They grow and reproduce only after they have invaded other living cells. Antibiotics do not work on viruses, such as those that cause colds, influenza, bronchitis, or a runny nose even if the mucus is thick, yellow, or green.

One does not have to be in poor health to become ill from a bacterial infection that is resistant to antibiotics. On a personal note: In 2013 Jeff’s wife, Tina, became violently ill with intestinal problems including severe diarrhea and dehydration. Spending several days in the hospital during Christmas on an intravenous antibiotic, her diagnosis was Clostridium difficile (commonly called C-diff)  and believed to have been acquired while working as a nurse in a children’s clinic. This deadly bacteria infects 500,000 individuals a year and causes 15,000 fatalities. Each year in the United States at least 2 million people are infected with antibiotic-resistant bacteria, and at least 23,000 people die as a result.

Improving antibiotic prescribing has become a national priority due to the fact that approximately 47 million prescriptions are prescribed unnecessarily in doctors’ offices and emergency departments in the United States. By participating in a nation-wide effort to limit antibiotics to those who truly need them, physicians are joining in the effort to fight antibiotic resistance, improve the health of the public and ensure that life-saving antibacterial drugs will be around for future generations.

Help fight antibiotic-resistance by taking the following simple steps to prevent the spread of infections:

•      Wash your hands frequently and encourage others to do so.

•       Don’t encourage perfect attendance at school for children who are sick.