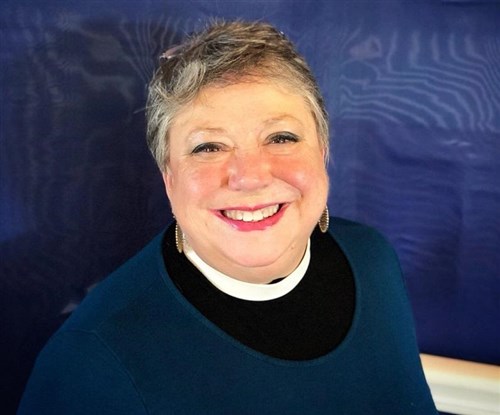 Assistant to the Bishop and Director of Evangelical Mission


Pastor Patti Axel has served Nativity Lutheran Church first as a Mission Developer Apprentice while finishing seminary and then as Mission Developer when she was ordained in July 2008. Nativity was organized in 2013 and she has been the called Pastor since then. She has served on the Evangelism Task Force, the Board of Lutheran Campus Ministry, the Personal Committee and most recently the Mission Outreach and Redevelopment Committee (MORC).
A graduate of Lutheran Theological Southern Seminary, Pastor Axel and took classes the first three years through the Lutheran Center at ITC. She interned at St. James Lutheran Church in Norcross. She and her family were long time members at St. Matthew Lutheran Church, Atlanta which became Living Grace, Tucker when they merged with St. Michael's, Chamblee. She served on the Transition Team for the merger of those two churches and was active in Evangelism while on Council at St. Matthew.
Pastor Axel is a second career pastor who previously worked for Children's Healthcare of Atlanta at Egleston and was a Nurse Manager in the NICU. She and her husband Jeff have two adult children, Lauren and Ryan, and three adorable grandchildren.
With a  passion for Evangelism, Pastor Axel looks forward to working out in the Mission Field with you!
Bishop & Staff